On October 7th 2019, KLM Royal Dutch Airlines became the world’s first airline company still operating under its original name to mark its 100th anniversary. To celebrate this milestone, KLM organised many celebrations around the whole world including an exhibition at the Erasmus Huis, the cultural center of the Netherlands located in Jakarta, Indonesia. TUARI studio developed the exhibition concept and designed the installations in which the rich history of KLM was showcased as well as their focus on digital innovations and a sustainable future. The exhibition was titled: ‘KLM 100 years – Celebrate the Future’.
exhibition design  |  concept / space / graphic / sound  |  2019  |  commissioned by KLM Royal Dutch Airlines​​​​​​​ 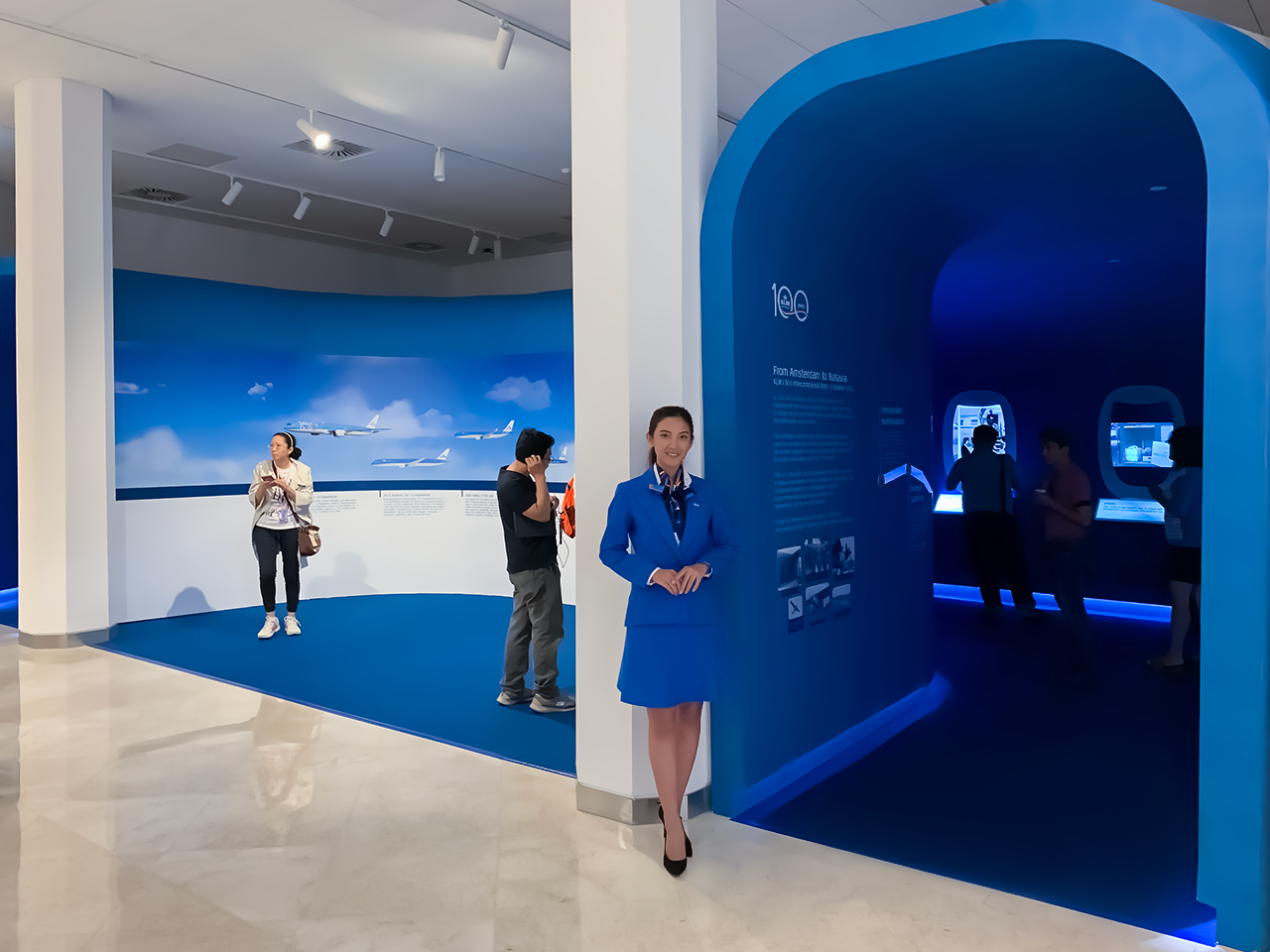 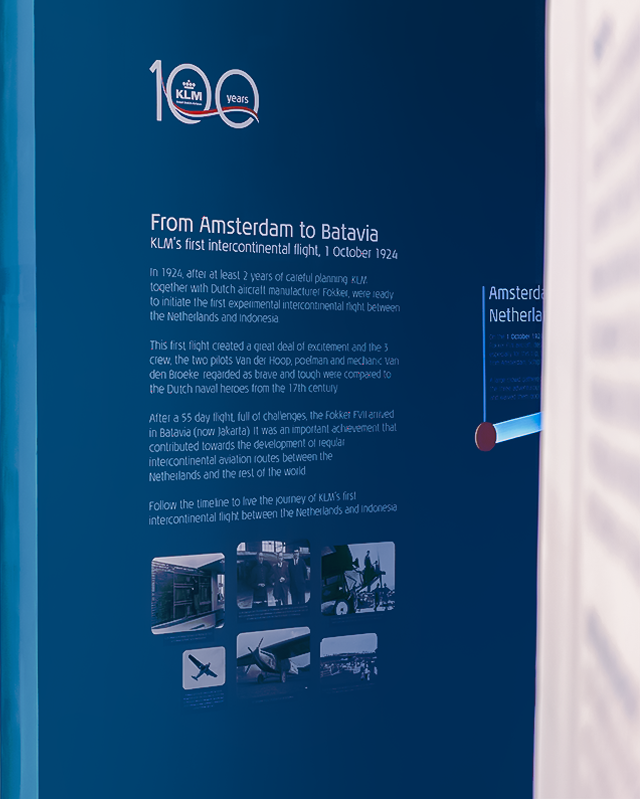 The main installation of the exhibition was the Time Capsule tunnel showing KLM’s monumental events that took place during a century of KLM, including the fascinating story of KLM’s first intercontinental flight from Amsterdam to Indonesia in 1924. Upon entering the tunnel, a soundscape recreates the experience of boarding a plane and taking off and continues all the way to the other end of the tunnel where your journey ends and the airplane lands in Jakarta. 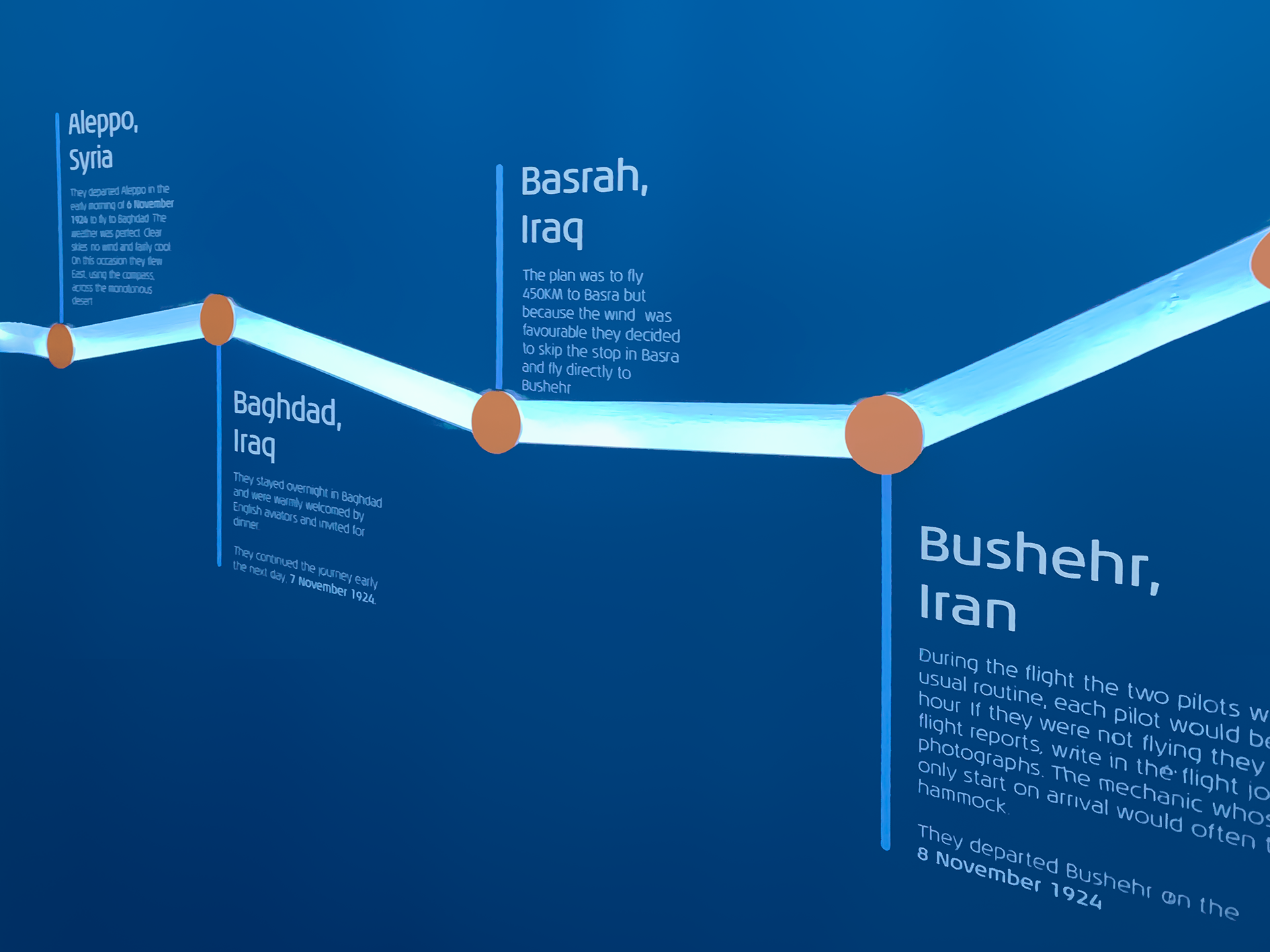 Pictured above  Walking through the tunnel, visitors can view historic footage of KLM in the airplane windows.
On the left side of the tunnel, an illuminated line takes you past all the stops of the first intercontinental flight to Indonesia with interesting background stories. 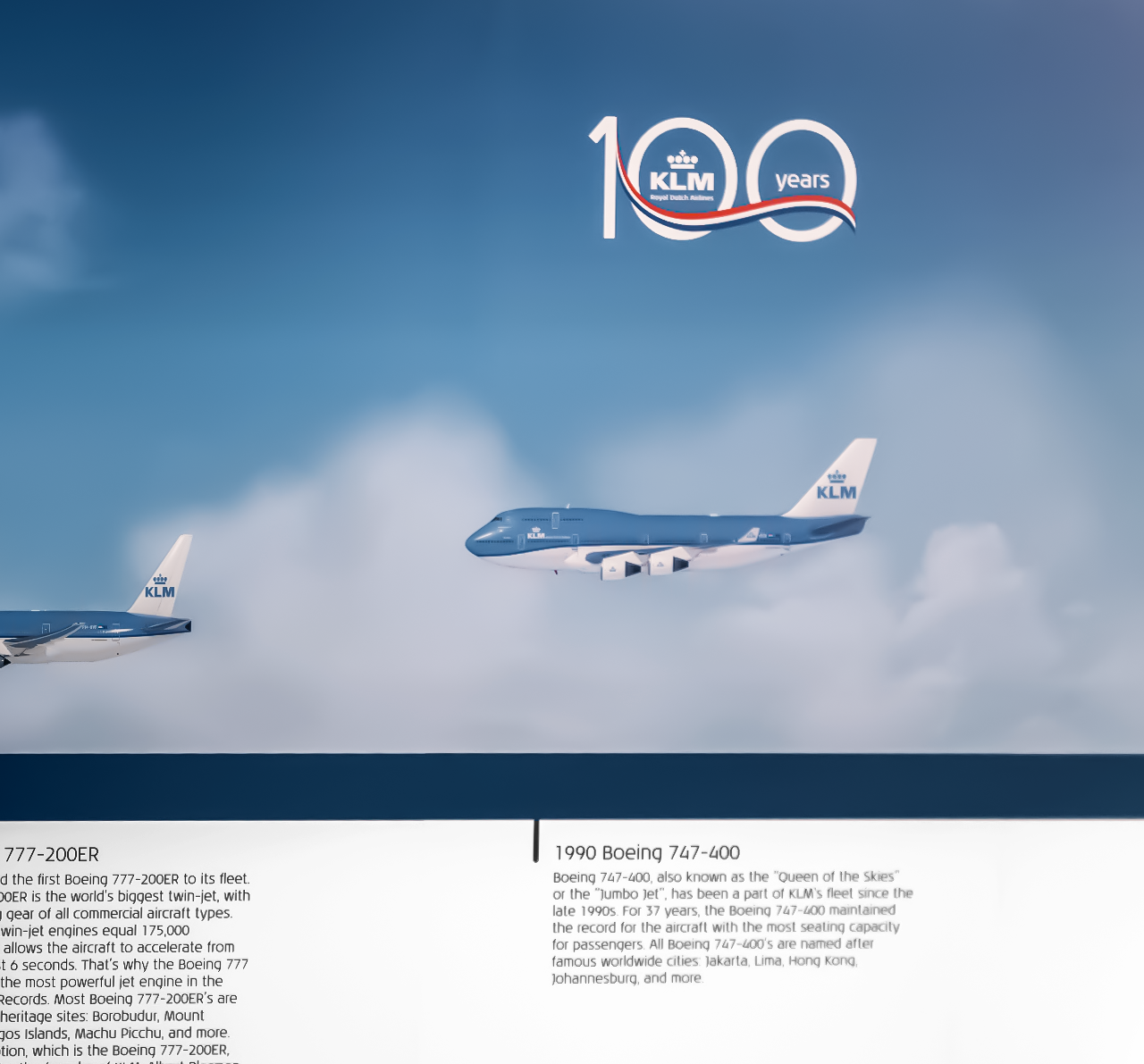 Pictured above Once outside again visitors can take a look at the different aircrafts of KLM's fleet since 1919.
Pictured below Five large displays show KLM's focus on sustainability and innovation. 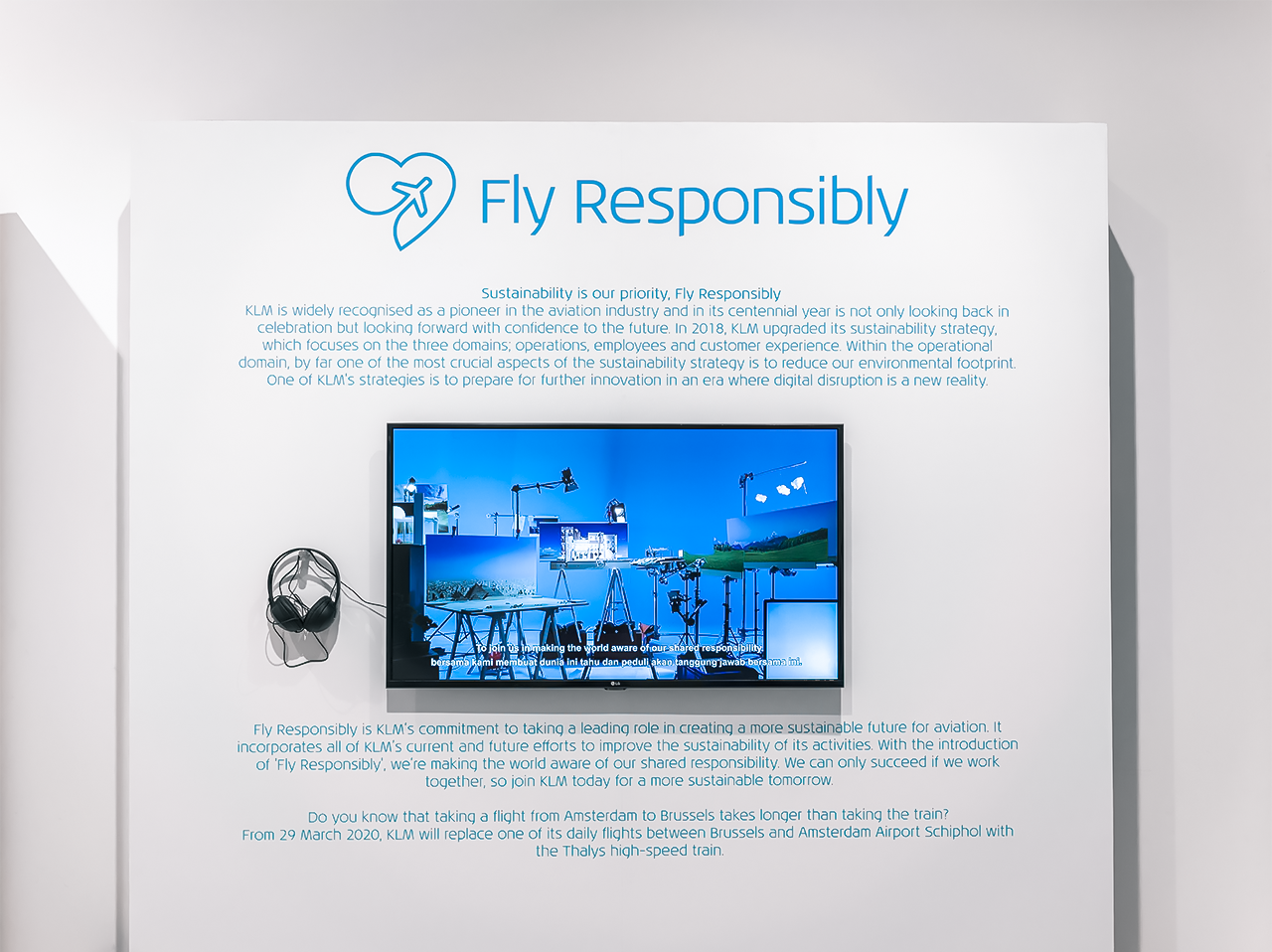 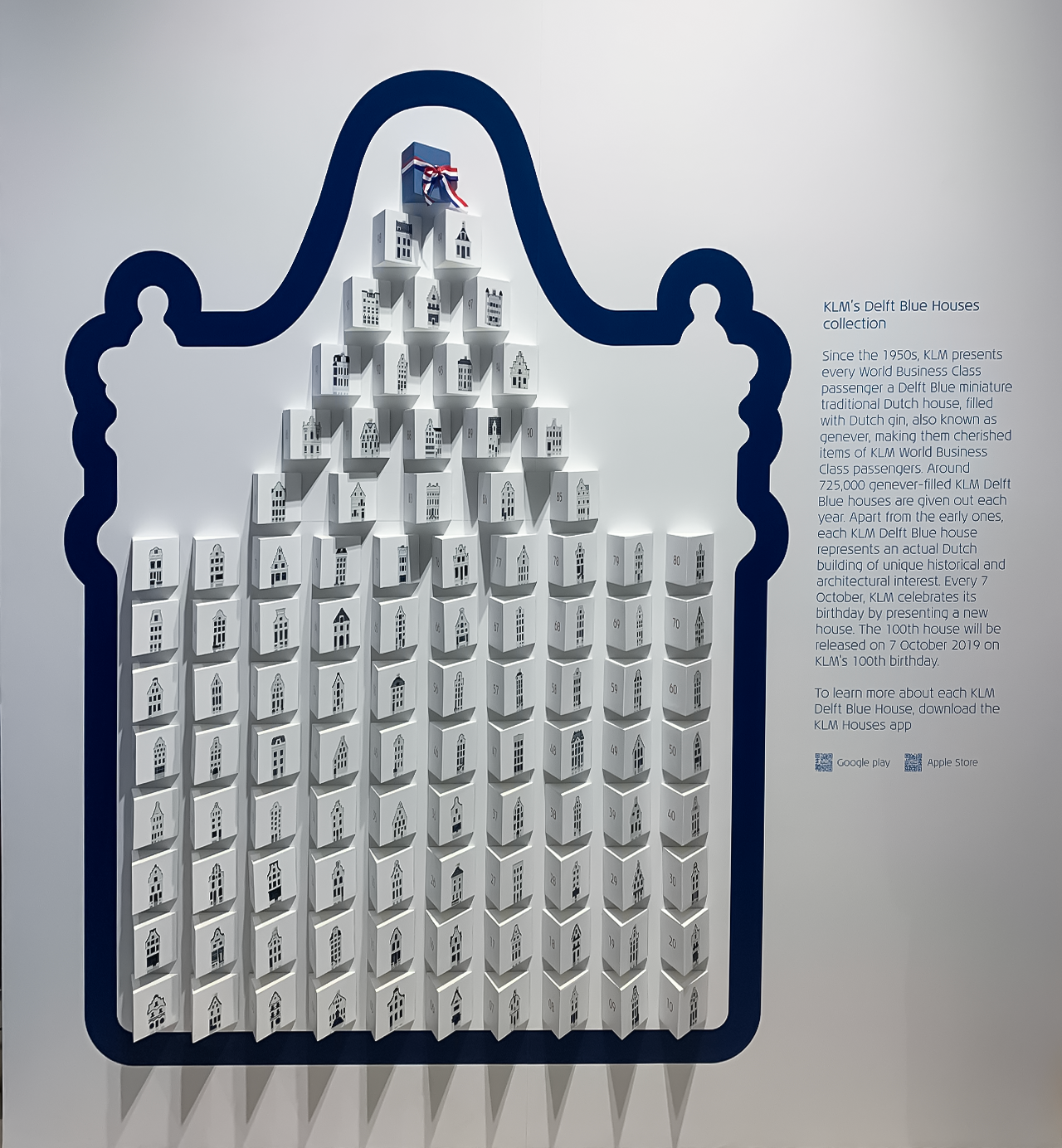 Pictured above KLM's Delft Blue Miniature Houses collection: the houses represent some of the traditional Dutch houses which can be found along the canals in Amsterdam and other historic towns in the Netherlands.
Pictured below Initial sketch of the exhibition layout design. 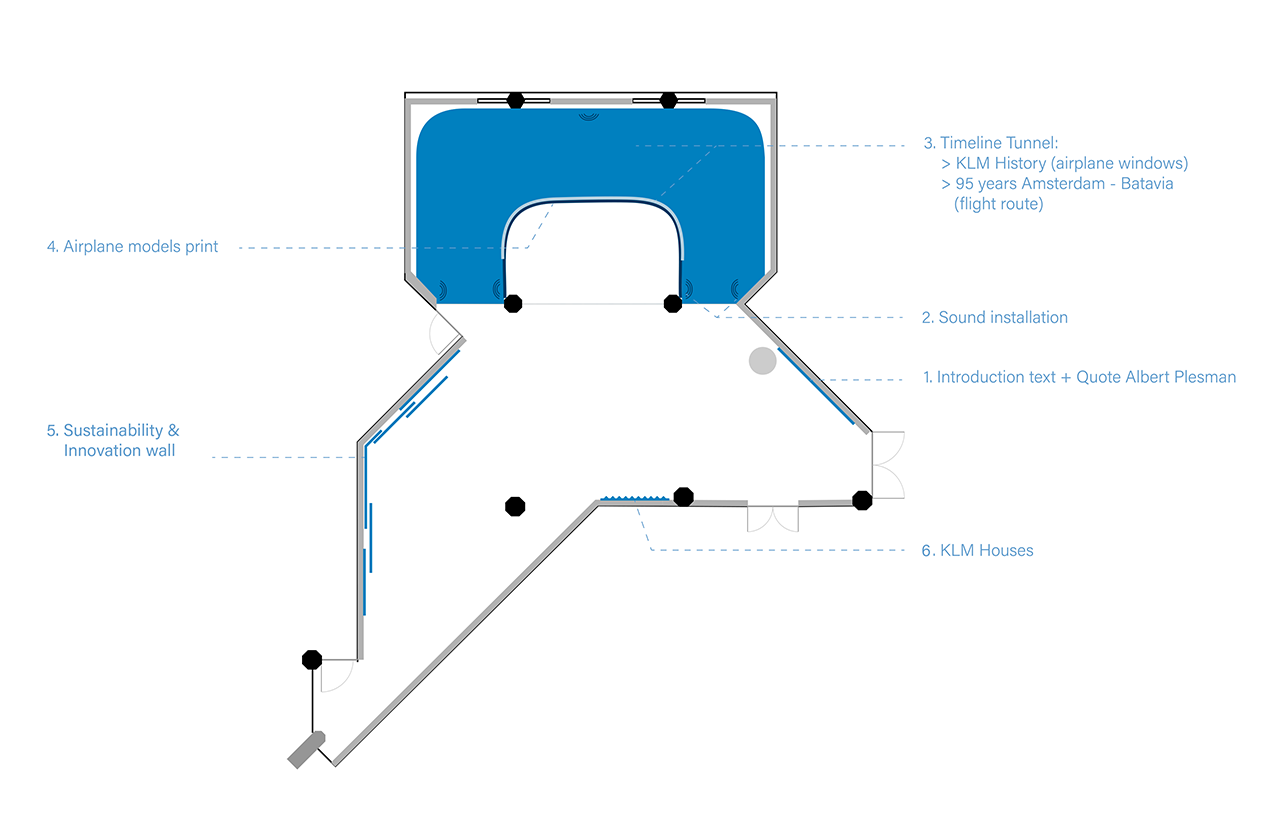 POPPY ART
- printed acrylic panels -
aahh...to have the strength of a poppy...

FIND YOUR COLOR
- Visual storybook -
Flirting with the edge of time, a wolf runs through an open field...

ARE YOU THERE
- Laser engraved acrylic surfboard -
...for visual waves only...

ROCKBLOCKS
- one of a kind objects -
...power to the stones

BAMBU
- hand-painted bamboo hanging -
in the land of symbols...